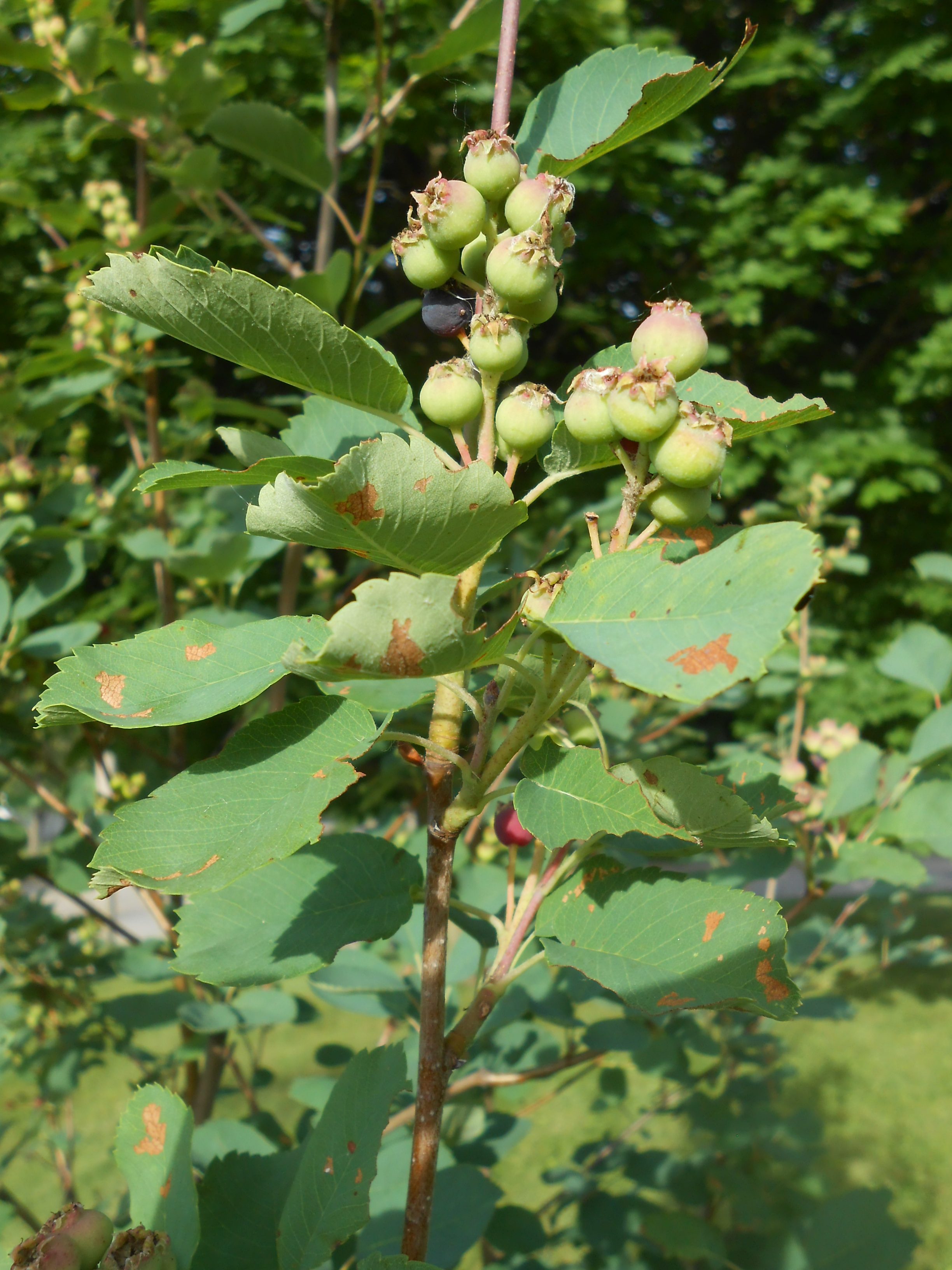 I learned from our chat that Saskatoon berries are also known as Juneberries and Serviceberries. I’ve had a couple of Saskatoon berry bushes for years.  The bushes have been slow to take off, but I finally got my first harvest last year. I picked all the berries and put them into the freezer, where they have remained because I had no idea what to do with them.  Our conversation reminded me that the article included a couple of recipes for Juneberries.

So, I jumped at an opportunity to try out one of the recipes. I didn’t have enough berries for a full recipe, so I just followed the ratio in the recipe of 3 parts berries to 1 part rhubarb.

I began to drain the fruit as directed, but then decided that I prefer jam instead of jelly, so I strained it through my jam cone instead.  I really like the idea of jam that doesn’t use store-bought pectin but I struggle with the jelly test on the back of a spoon. I’m always afraid of overcooking it so my jam often winds up more like an ice cream topping, which isn’t all bad, but toast with jam is a drippy affair.

In spite of the thickness, the taste is delicious, like blueberry with a little tang. All in all, I consider my first attempt at Juneberry jam a success. I’m anxious for this summer’s crop to ripen, so I can make another batch.

Have you ever tried Juneberries? (or Saskatoon berries? or Serviceberries?) How do you use them? I’ll be looking for more ways to use them now. (edited in 2022 to add, here is another way I use them….so delicious!) 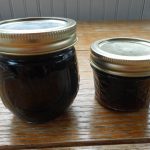 3 Replies on “Juneberry (Saskatoon or Serviceberry) Jam, an easy recipe from 1924”