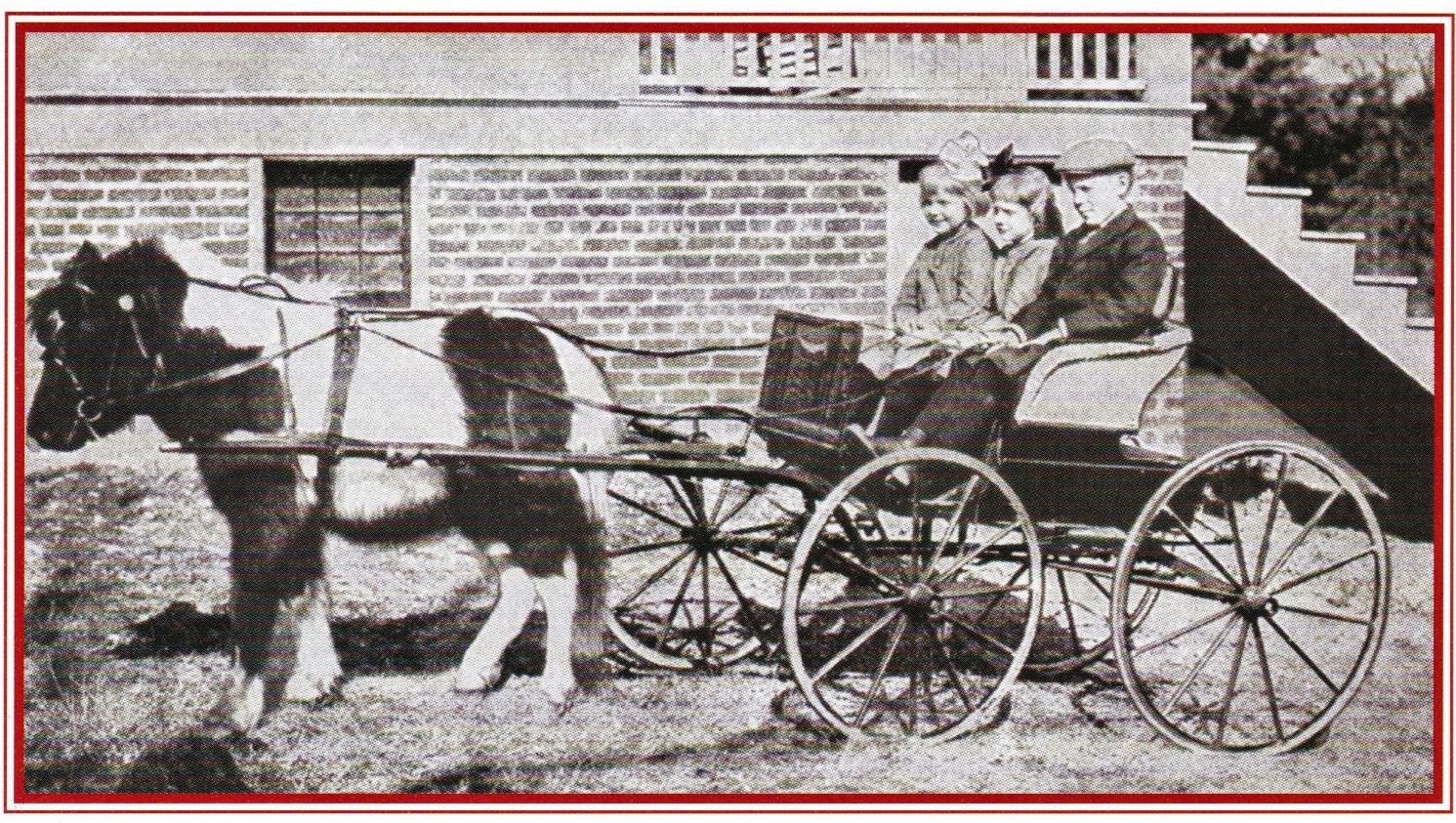 Here is a letter written around 1915 by a young fellow named Eugene about his Christmas present, which even by today’s standards, was a pretty spectacular gift. Enjoy!

One day, not long ago, my mother was reading a farm magazine and she saw a picture of a Shetland pony named “Cub,” hitched up all ready for a drive. She called me to her and said, “Son, now here’s a chance to win a pony by selling magazine subscriptions.” I had been wanting just such a pony for a long time because I live two miles outside of town and I often thought how much fun it would be to have a little pony and ride to town and school.

I was a little afraid to start in the contest because the time was so near up, for it was then about the middle of November and the subscription contest was to close December 16th. I thought about nothing else but that dear little pony for the next day or two, wishing I could get it and decided I would make a try for it anyhow. Mamma and daddy finally agreed to let me try for it and told me I would have to hustle, good and proper, if I got enough subscribers to get it. I went to work right then and got several subscribers nearly every day until the very last.

My, but it was a long time having to wait to hear about who got it. I told mamma and daddy that I didn’t want Santa to bring me a thing, all I wanted was “Cub” with his harness and buggy. I thought I ought to hear something Christmas Eve anyway but Christmas Eve came and not a word. I was awfully disappointed for it seemed then I had failed and dear old Santa felt so sorry for me he went up town and got me a gold watch. So I just gave it up and expected nothing but some nice prize for my work.

Somehow or other I kept on hoping and called up the express man the morning after Christmas and he said “Cub” was there. My! but I danced and hollered and cut up all sorts of capers till the folks thought I had just about gone crazy, I was so happy! I have two sisters smaller than I am and they were almost as happy as I was. I ran right out and got on the car and went to town and got “Cub” right out of the railroad express office and rode him home. He is the prettiest and dearest little pony I ever saw and the harness and little buggy are just fine! I can’t tell you how much I thank the Webb Publishing Company but just a whole lot, of course, and will always remember them as long as I live.