In 1873, we had what the old-timers call a “grasshopper” year. One day there came in sight, away to the southwest, a queer greyish-looking cloud. As it came nearer and got between us and the sun, it looked more curious still, and my mother made the remark to a neighbor who happened to be at our house, that this was the queerest looking rain-cloud she had ever seen. The neighbor looked up and exclaimed: “Why, that isn’t a rain cloud, that’s grasshoppers!” And

grasshoppers they were, as we found out to our sorrow, for what little vegetation and crops were left after the excessive dry weather were completely “gobbled up” in the day and night our winged visitors remained with us! As far as I know there was not an ear of corn raised in all that section of the country that year. I know WE never had even a mess of roasting ears!

This made life very hard for the homesteader, as many of them were obliged to leave their families and go farther east to secure work in order that “the woman and the babies” might have something to live on while holding down the claim. There were many things besides scanty fare to dishearten the wives and daughters of the pioneer. As late as 1870, straggling bands of Indians would steal away from the reservations and pass through this section of the country, committing depredations and sometimes taking a captive.

Every boy old enough to handle a gun learned to shoot, and many of the girls did too. While the boys often slept soundly and dreamed of scalping Indians, the mothers, after hearing of some raid, would lie awake all night long, trembling at every sound, thinking it might be Indians coming to scalp them! After a few weeks of this anxiety, when no harm came, their fear would gradually subside, and they would rest in comparative peace, until another report came, when the dreadful hours would all be lived over again!

It was many years before some of the homesteader’s wives who had been raised in the East could get over the harrowing fear of the Indians. The year 1874 was another grasshopper year, also a “dry” year, and had it not been for the good people of the East sending us “aid” not nearly so many could have “stayed by their claim.”

There was not nearly enough “aid” sent in to go around, although what was sent relieved much suffering, and would have relieved much more had it at all times been rightly administered. Many men and boys, during these strenuous times, went away to work.

But even in those early days there were “grafters” and there were persons, who, after being put in places of trust failed to properly distribute the things sent in by the good people of the east.

Notwithstanding the fact that much of the supplies sent in by the good people never fulfilled the mission its donor intended the mission its donor intended, much good was done, much hunger appeased, and many bodies kept clothed and warmed by their donations. There were many good, honest and loyal distributors who served all alike and did their very best to give satisfaction. 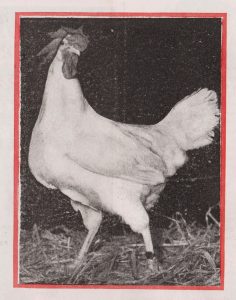 There’s a heap of preparation and excitement when the bees are robbed. Daddy dons his bee bonnet and gloves, and the babies are carefully corralled on the porch until it is over. How good the honey tastes when it is fresh–that means hot biscuits for breakfast. It is strained and put away in stone crocks, along with gallons of molasses, freshly-boiled from the ribbon cane that grows on our own brown acres. And part of my duty seems to me to be crisp molasses cookies and taffy.

There are strutting turkeys and garrulous White Leghorns in the barnyard, for a farm wife must often play poulterer, too. That means fresh eggs in abundance, and the tender flesh of cock and hen, but at times it means nursing senseless baby chicks through their period of babyhood, and they can be annoying though interesting. A small turkey is the most brainless thing that ever had the gift of life, but when it has attained twenty-seven pounds and a parsley trimming, it becomes worth while. 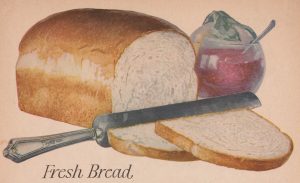 I do not milk, but I could in a pinch, and often do in the summer evenings so that we may all join in the evening swim. I do, however, attend to the milk, wash and scald all the utensils, make the butter and cheese, and put away the heavy golden cream that will add so much to tomorrow’s plain pudding.

Twice a week I bake in my temperamental wood range. How a stove as pesky as that one can turn out such crispy, crusty loaves, I don’t know, but it usually does. Often on baking day there are cinnamon rolls or coffee cake, which are really just bread dough all dressed up. Why I even make my own yeast cakes! Common everyday things like cornmeal and buttermilk are converted into that mysterious something that makes the bread rise.

In the spring of 1871, my parents with their family consisting of my two brothers, a nephew, and myself, moved from our former home in Iowa and settled in Kansas on a homestead two and one-half miles south of the Solomon River, at the point where the beautiful city of Beloit now stands. My mother was said to be the first white woman ever seen in that locality.

When the homestead was first taken there was not another dwelling place in sight, but during the first summer so many had settled on our side of the river that by fall we could stand in our door yard and count something like a hundred dugouts and shacks that in those days comprised the homesteader’s dwelling place.

At the time of our settlement on the quarter section Uncle Sam had given us, we had but two neighbors on our side of the river, and both of them were bachelors living in dugouts down in the draw where we could not even see the smoke from their stovepipes! A cheering situation, wasn’t it, for those who had left friends and civilization behind?

My mother, along with the wives of the other homesteaders, got very lonesome and homesick and longed, oh, so intensely, for the blessings and comforts of civilization.

The men and boys, though, for the most part took a more cheerful view, and rather liked the wild, free life. They liked to walk after the breaking plow and see the long black furrow stretch away behind them with never a break in its ribbon-like surface. Not a tree to chop down, not a root to grub out, at which they had spent so many weary, back-breaking hours “back east!”

The boys especially enjoyed the long horseback rides over the smooth miles of prairie they must traverse in making their occasional visits with each other, and their holidays were often spent in summer, fishing or swimming in the clear depths of the Solomon. 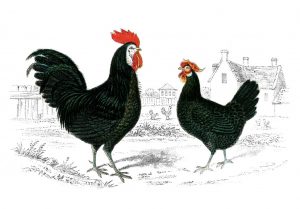 The girls, too, took kindly to the new life, and learned to ride horseback in summer, go skating in winter, and, in fact, learned to do most of the things their brothers did.

The first few years of the homesteader’s life were very hard indeed, especially if there was a growing family to provide for. While the children of the pioneers were easily satisfied as long as they were not really hungry and had somewhat of clothing to cover their restless, growing bodies, yet the parents were often sore perplexed to know how and where provision and clothing were to be obtained.

Most of the early settlers brought some money and a supply of provisions with them when they came west and this often would be sufficient for their limited needs until some land could be broken out and a crop of sod corn raised. This, with the plentiful supply of buffalo grass for grazing purposes, would enable the homesteader to keep a team, a few chickens, and a cow or two.

Between the years of 1871 and 1874, the country settled up very rapidly, although there yet remained for many years after this, much good grazing lands, public lands, and the less desirable claims.

When the census-taking man called at our home, I parked the babies in the sandpile and sat for half an hour answering his questions. When he came to my occupation, he looked from under his brows in all solemnity and asked, “You don’t do anything, do you?” Without even awaiting a reply, he wrote, “Occupation–Housewife.” 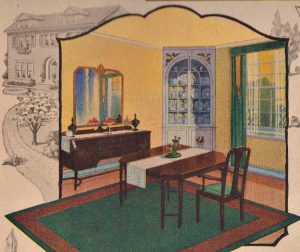 I protest! I refuse to be draply set aside. I demand the title of Homemaker (LOL I like either title but prefer “Housewife.” To each his own!) and defy the world to say that homemaking is doing nothing. It is a profession, and those of us so listed labor at it. It is a labor of love. There is no monthly salary. The pay is merely the little sweetnesses of everyday family life, and I must sift them out of their attendant pains and sacrifices. The business of making a home–an honest-to-goodness home, with cookies and pillow fights and firelit hours and books and beds and joys and tears–that is a job–a great, grand task.

I happen to be not only a Homemaker but a Farm Homemaker. I glory in it.

That I am only one among thousands of others is a point to be stressed. I am representative of my class, and I am decidedly not stooped nor wrinkled. I am sun-tanned and straight two pounds underweight from a summer of strenuous hours in Ye Olde Swimming Hole (I do a rather nice crawl stroke, too.) My hair has a natural wave, and doesn’t string, and I never wear sunbonnets. Instead of drab calico, I make my own house frocks of gay, fast-colored prints with fresh white collars, and I wear happy-looking aprons over them.

While we are getting acquainted, I might add that I have been at my present job for five years, and am still in my twenties. I earned my own living for five years before I married, and at present have two sons–husky young lads of two and three.

From a honeymoon of care free happiness, I came to our Old Homestead, a rambling farmhouse built half a century ago, and typical of the times–high ceilings, plastered walls, no closets, wood heaters, not enough windows, coal-oil lamps. There is a big zinc sink without a drain. Running water has been installed, but drinking water is still drawn from a well with a rope and bucket and pulley. There is a temperamental wood range for cooking, and you raise a door and go down a flight of steps into the dim, dirt-floored cellar.