After the morning tide of annihilation had in its westward course, driven the buffalo to the extreme western portion of the state, there still remained, even in the parts most thickly settled at this time, thousands of acres of good grazing lands.

As the homesteader rarely kept more than a team or two and only a few acres, this land was, for the most part unused.

The Texas cattle ranch men, hearing of this fine grazing land, began to send in great droves of their native cattle to this section. Gaunt, slim-looking animals they were, with great, big heads and enormous long horns!

They came in drove anywhere from one thousand to three thousand in a herd. To every one thousand there would be two or three herders with saddle ponies. These herders were supposed to keep the cattle in bounds and see that they did not destroy the homesteader’s small acreage of crops; but often the cattle would take a slip over the boundary line, with or without the herder’s consent and make a raid on is growing or garnered crops.

As the crops of this time were never very large and as there was so little broken land, a raid like this always played sad havoc with the crops, as these beasts were always ravenously hungry.

The herders of course were always very sorry (?) and offered to pay the damages, but the amount they were willing to pay and which the homesteader felt he must take, never in any manner made up for the damage done.

It took a better fence than the early settler was able to provide to keep a bunch of hungry Texas steers out of mischief. I remember at one time our sole crop was a small pile of corn raised on the sod and a little stack of millet hay. One night these marauders broke down the board fence and in the morning our beautiful pile of yellow corn and precious stack of hay that we had counted on so much was nearly all inside that bunch of cattle and they looked just as gaunt and hungry as ever!

In the winter these animals were more apt to “make fight” on pedestrians and it was not safe to walk among them, although they never attacked anyone on horseback.

One day, there being only my mother and myself at home, mother told me to fetch a pail of water located about a hundred yards from the house.

My mother looked all around to see if there were any Texas cattle near and seeing none, told me to run on. The wind was blowing a gale from the north and spits of snow were flurrying by. I shot out of the door, the wind blew me swiftly around the corner of the house and sprang! I went right up against the head of a huge Texas steer! The sight of those hungry eyes staring at me and those long horns encircling me made me think that “my time had come.” I dropped my pail and fell down screaming with fright! My mother rushed out and picked me up, not knowing what it was all about! The steer never “made fight” for a wonder, but stood there blinking, as if he wondered what we would do next! We got safely back into the house and that steer stayed there till my father and the boys came home and chased him away and I never brought home that pail of water, either!

This is an actual list from the early 1900s of some of the inventions that readers of Today’s Magazine, a magazine dedicated to housewives, made them the most thankful. 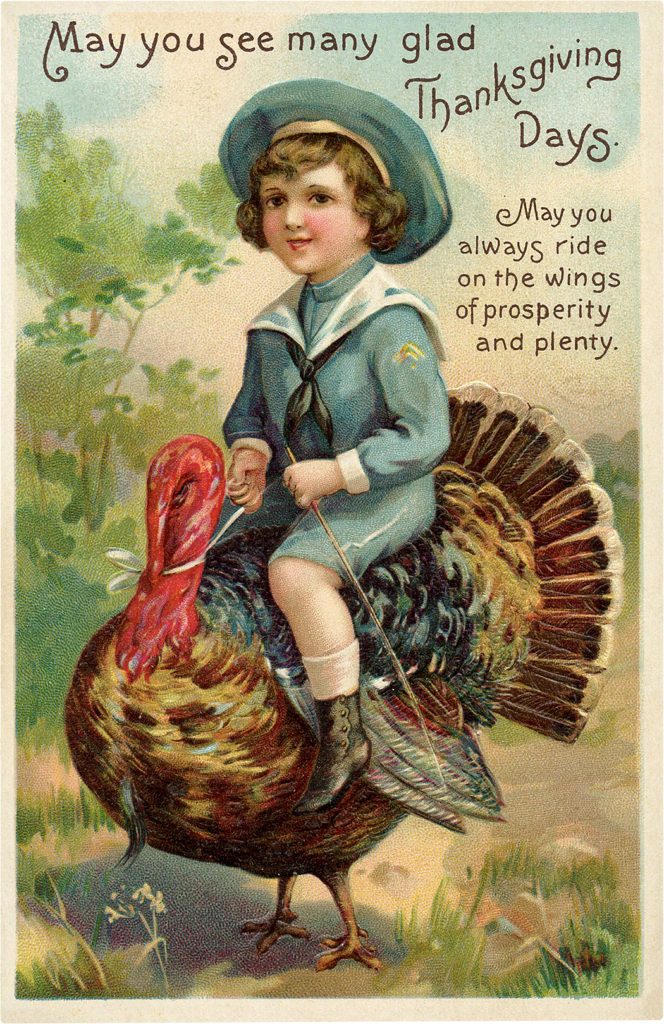 Baby’s own bathtub— a miniature bathtub that was much more manageable for frequent bathing and saved mothers from having to haul water to the full-sized household bathtub.

Dustpan with a long handle--to avoid frequent bending and to reduce back strain from daily (or more!) sweeping.

New stove trimming, made of scratch/crack/scuff-proof enamel–It was easier to clean than the sooty iron stoves that needed periodic blacking and didn’t rub off and stain clothes, pots, and pans.

Hot water heater— (You don’t say!)  In addition to the obvious advantage of instant hot water, the article pointed out that a constant supply of hot water could be maintained during the summer with no excess of heat, a double win in days without central air conditioning. 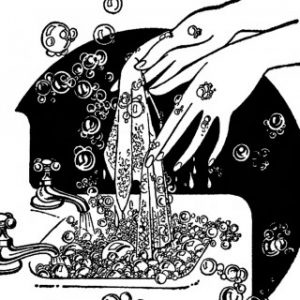 Vegetable pot–I believe this is an enamel pot with a smaller strainer pot that fits inside. No more draining a kettle of piping hot vegetables with steamed faces and scalded hands.

Are you grateful for any of these?  I think most of us take even the hot water heater for granted these days and never give a thought to the other, more “minor” inventions. But at one time, these were like the Instant Pots and the robotic vacuums of their day. Our lives are so abundant that we can’t even see many of the ways we’re blessed.

From Laurie and me, we wish you all a very Happy Thanksgiving!

From the earliest knowledge that the whites had of the state of affairs west of the Missouri River we learn that the “Sahara of America,” as Kansas was then sometimes called, was inhabited by buffalo and Indians. Long before Missouri was settled to its western border, white men, traders and trappers, camped along the eastern shore of the river and traded for furs which the Indians would bring across the river by canoe loads. Among the furs traded by the Indians would sometimes be buffalo robes, tanned as only an Indian could tan them at that time.

The Indians looked upon the buffalo as belonging to themselves and when the white settlers began to kill and slay they objected. They told the whites that the buffalo was their “cattle” and wanted them to be let alone.

The Indians had of course killed all they needed for their meat, also for the making of robes which they tanned most beautifully, and which it was hard for a white man to equal.

Enough of these robes would be tanned by the Indians for their trade with the whites and for their beds; often also, their wigwams were made of buffalo hides stretched around poles lashed together at the top and spread a few feet apart at the ground.

While the Indians killed all they needed for their own use, they never made the ruthless slaughter of the buffalo that the whites did after they began to settle up the country.

When we settled on our homestead in 1871, the buffalo, for the most part, had drifted on and taken up their abode west of us in the counties of Brown, Norton, Phillips and others in that section of country. Here they could still be found in great herds and it was here the settlers used to go on hunting expeditions.

Almost every family had a supply of tanned buffalo robes. They served as covering for the horses when they must stand out in the storm while the pioneer visited awhile and did his little bit of trading at the small store. Those who never have tried it can never know what a good night’s sleep one CAN have stored away between the furry sides of a pile of buffalo robes! When a child, I was always glad when we had company for then I knew my bed would be made of buffalo robes piled down in the corner!

I think I had the experience of witnessing the tramp of the last herd of buffalo that ever passed through Mitchell County, Kansas, and had the privilege also of eating some of the meat killed last in this locality.

After a short time there were so many claims taken around Beloit that the homesteaders began to think they must make some provision for the education of their children, so the men in the various districts began to agitate the schoolhouse question. Before many years went by every few miles of the settlers’ territory boasted some kind of a schoolhouse; sometimes it was a dugout; sometimes sod or stone; rarely was it a frame building. In most cases a lot of the work was donated and at first the wages of the more or less (often less), competent school teacher would be paid by the patrons of the school.

As times were hard and money very scarce we could only have in those days, three or four months school in the year but somehow we managed to pick up some knowledge in books and oh, we learned so many things by experience!

They tell us that “experience” is the best of teachers but the homesteaders were glad indeed when, after a few years had rolled around, the one-room house that had given shelter so long to him and his had given way to a comfortable frame building with room enough to allow some degree of comfort. With the coming of better residences came better out-buildings, more and better farm machinery and consequently better crops and increased acreage.

The rude schools were replaced by neat frame buildings, undressed stone with clean walls, modern seats (pioneer seats were made mostly of slabs with legs stuck in holes bored in the four corners) and suitable school equipment.

Those early days were indeed hard days but they were not altogether void of pleasure. There were times when we gave ourselves over to having a “good time,” when, for a season at least, we forgot the difficulties of the strenuous life and really DID enjoy ourselves. One of these times was our Fourth of July celebration. In 1872, I think it was, we had grown so numerous that it was decided we ought to celebrate the Glorious Fourth and celebrate we did! Local talent furnished the music and everybody joined in the good times. Many of us had not bought a new dress or hat since leaving the East, but that kept none away. The girls, many of them, trimmed over old hats, did up nicely an old dress, and hied away early in order to get in a whole day’s fun! The styles of dress at that celebration were as varied as the wearers; the women and many of the girls wore sun bonnets and I saw an old fashioned “shaker” or two doing duty that day.

How our band did play! The instruments of music were a fife and drum! How proudly our flags waved! The large one was a homemade one that some of the women had made for the occasion and many smaller ones had been resurrected and procured in various ways. How proud we were of our procession and how patriotic we felt! Especially we children. We thought the popping of our firecrackers quite as important as had been the firing on Fort Sumter! And the fireworks! Never had we seen such a brilliant display, never did rockets go so high, nor appear so bright! It all seemed very grand then and I doubt if any who attended that celebration ever experienced the keen enjoyment again that the pioneer did on that long-to-be-remembered day!